Disgraced symbologist Gordon Blanter trudged through the Louvre, barely able to focus on the centuries of cultural marvels displayed before him. Where had it all gone wrong?

Yes, in some ways you could say it was his fault that the elite FBI counterterrorism unit had been drunk on pisco sours in Lima rather than stopping the destruction of the Svalbard Global Seed Vault, but it had been a hard riddle! And it’s not like there weren’t plenty of other seeds.

And sure, the elimination of one of humanity’s bastions of hope had caused the stock market to tumble, riots in the street and — worst of all! — for Blanter to be fired from Harvard, but didn’t all that mean that HE was the real victim here? He hadn’t asked to be drawn into a global conspiracy!

Blanter sat down in front of Poussin’s Arcadian Shepherds , but could barely focus his eyes. The dance of hidden symbols and imagery, which for so long had sprung naturally to him, now seemed to be an impenetrable fog. Was any of it even real?

He recalled his trick for interpreting Renaissance Art: “Find the secret, add one element, then divide into shapes (usually squares).” When he taught that to his students back in Harvard, they would hang on his every word. At least that’s what he’d thought. Maybe the rumours were true, and they were only taking his classes because they were “nonsense that was impossible to get wrong”.

A young woman in a dark green hoodie came and sat down next to him. Wordlessly, she took a sketchbook from her rucksack and started doodling. But from the rapid strokes of her pencil, it was clear she wasn’t interested in the painting in front of them. Before long, she coughed slightly and swivelled the page to face Blanter.

I KNOW WHO YOU ARE

Blanter really wasn’t in the mood. “Listen. I’m sorry about the seeds, and the stock markets, that I’m apparently less good at solving riddles than I thought, but…”

WE CAN HELP. NOT YOUR FAULT. YOU WERE USED.

“No-one can help me. I’ve lost everything that ever mattered to me.”

Sighing, the woman put down her pad and looked straight at Blanter. Her slate-grey eyes were hard, but Blanter thought he saw a hint of compassion.

“Look," she said. "This doesn’t really work if you’re just going to talk directly at me. I’m trying to be stealthy here.”

“No, it’s fine. It’s been a long week for you. You do seem to have broken the world somewhat. Luckily crypto has been preparing for this day for a long time. We can help you. And I think you can help us too…”

“I don’t know anything about cryptography, or cryptocurrency.”

“They call us The Guardians of Privacy. That’s all you need to know. Almost twice as much, really. We’re very careful about metadata.”

“We’re making the world a better place. A handful of people have too much power. Most of us have none. We’re addressing the balance. You can help us. You understand the old world.”

“What do you need from me?”

“Just go here. Use your trick to find us.”

Turning to the back of her sketchbook, she ripped out the final sheet. Then without another word, she slipped out of the gallery. Blanter stared after her, wondering if we would ever see her again. Then he reached for the paper she had dropped.

What should Blanter do? When you know, submit your answer here. 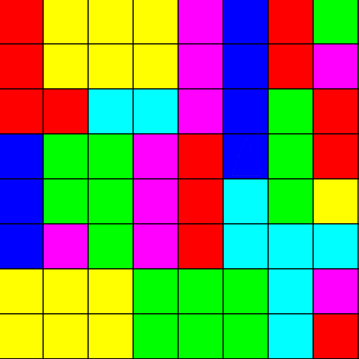