I caught up with her at the dock. In the thick morning fog, the steamer loomed over us like my landlord when he catches me on the fire escape. She was dragging on a cigarette, the thick plumes of smoke mixing with the chill of her breath. It was cold as hell, but she was dressed for a Charleston summer.

“I wasn’t sure you’d come,” she rasped, stubbing the last of her cigarette on the rusted guardrail.

“If you’d seen inside my wallet, you wouldn’t have doubted it.”

“When we get to England, you’ll have to pretend we’re strangers.”

She laughed that rumbling laugh. “Well if you do your job right, you’ll be able to call me Lady Herringford. For now… you can call me Sybil.”

“Because that’s your name?”

“Because it’s not. You’re not the only one with secrets, Mister Krieger.”

With that she glided up the gangplank and disappeared amongst the first-class passengers. I pushed through the tide of onlookers to get to steerage, wondering what I’d gotten myself into.

The ship was palatial, at least in all the parts someone with my class of ticket wasn’t supposed to be. But in my line of work locked doors don’t mean much.

With over a week’s frigid sailing ahead of me, I tried to relax and forget about the case. But the atmosphere on board was tense. The situation in Europe was only getting worse, and it felt like we were voluntarily trudging into the lion’s den.

The days limped by, and there was no sign of my client. A lacklustre program of entertainment had been laid on by the Compagnie Générale Transatlantique line. Some ex-Ziegfeld girls poured themselves into faded sequined numbers and tried to recapture their glory days. But the times had changed, and no-one could raise much enthusiasm for their kicks and twirls.

So I decided to take in a talk. A Herr Professor Kiel was speaking on The Lost Treasures of Libertatia, whatever that was. I’m not of a man for academics — I take my wisdom at the bottom of a bottle — but a footnote caught my eye:

SPONSORED BY THE HERRINGFORD HISTORICAL FUND

I don’t believe in coincidences, especially when there’s a dame involved. I hunkered down at the back of the auditorium and waited for the lecture to begin.

The sparse audience trickled out without much more than a murmur. It had passed the time, but not much else. I lingered behind, hoping to score some information.

The Professor gave a non-committal shrug. He was younger than I’d expected — the wiry, hungry sort that Germany seemed to be exporting for a pastime right now.

“It is no matter. The talks are a condition of travel, but my real interests are in research. You have an interest in piracy, Mr…?”

“Krieger. I like the idea of keeping what’s mine from Uncle Sam, if that counts. But I was more interested in your sponsor: what’s Herringford’s angle on all this?”

If the Professor objected to my prying, he didn’t show it.

“Oh, he has one of the map pieces. Libertatia may or not be a myth, but the treasure — and the map to find it — is certainly real. I’m actually travelling to England for that very reason.”

“Have you met Herringford before?”

“Alas no. The fund is managed remotely.”

“Sybil. Rather an old-fashioned name!”

“In Greek legend, the sybils were oracles who destroyed kings and kingdoms with their prophecies.”

“Not at all. They always told the truth. It was men’s hubris that caused their downfall. Always make sure you’re asking the right questions, Mister Krieger.”

With that the Professor seemed to have decided our conversation was over. He gathered up his notes into a battered leather satchel and strode off towards the sundeck.

I couldn’t sleep. Something smelled fishy, and it wasn’t just the fact that my cabin was next to the galley.

I’d tried to let the silence of the night wash over me, when it struck me: it shouldn’t be silent. The engines had stopped. Creeping to the top deck, I saw the lights of another steamer barely 300 yards away. Had someone come aboard? Or perhaps the opposite?

A movement caught my eye: halfway along the deck, someone was signalling to the other ship. Too late, I tried to hide behind lifeboat, but I’d been seen. By the time I reached the spot where the guy had stood, there was only a tangled mess of flags to show for it. I’d obviously interrupted something, but what…? 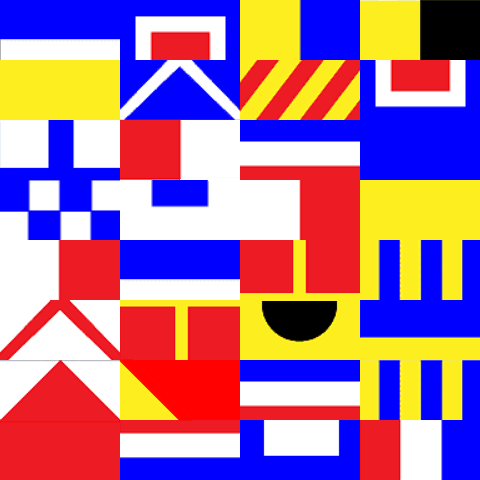 It was like no flags I’d ever seen before. One brightly coloured flag, four triangles of different colours, was set to one side with a note reading “DON’T USE THIS ONE”. As I looked at the instruction, I got the weirdest sense of déjà vu. What the hell was going on? 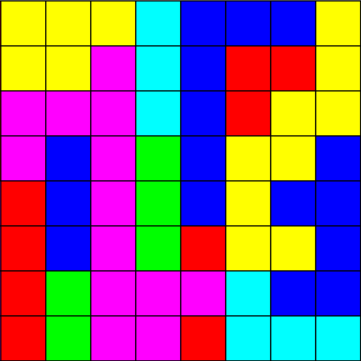