We docked at Southampton on 18th December. I didn’t know if the “R K” they planned to arrest was me or not, or even who “they” were, but I wasn’t taking any chances. I hid in a lifeboat until the rest of the passengers had disembarked, then slipped out under cover of darkness.

Herringford Hall – although I suppose it was still technically Bletchley park – was as cold and unwelcoming as the English weather. A grey stone monstrosity, it looked more like a mausoleum than a home. It was already 20th December when I arrived, but the only concession to Christmas was a particularly drab and funereal wreath on the oak doors. 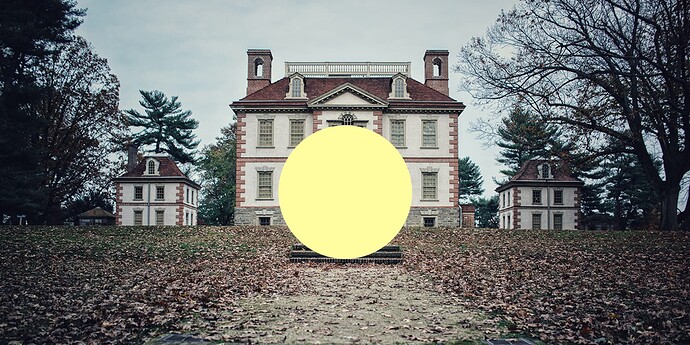 A butler answered my knock, and he could have been anywhere between eighty and a hundred and eighty. He ushered me through the draughty halls to an enormous sitting room which was surprisingly full of guests: almost a dozen other people were milling around nervously exchanging small talk.

The only person I recognised was Professor Kiel, and he didn’t seem pleased that I’d made it.

“You seem surprised, Professor? You were expecting something to have waylaid me?”

“I don’t know what you mean,” was his curt reply, but he quickly scurried off to the other side of the room.

The other guests seemed a motley collection of English village types, each one drabber than the last. The only stand-out was a tall dark-haired woman with wild black hair and even wilder eyes. She’d cornered the butler and was gesticulating franticly. The weak-chinned gentleman next to me saw me staring and offered his opinion:

“That’s Myra Adonitis. They say she’s a medium or spirit healer or something like that. All ectoplasm and Ouija boards. Lot of old nonsense if you ask me. She’s been sniffing around Lord Herringford ever since he showed an interest in buying the place. Greek, apparently, but I’d lay a hundred to one she’s as Greek as you or I. I’m Norbert Ogland, by the way.”

I was grateful for the information, but unless she was planning to suffocate Herringford in colourful scarves, I couldn’t see Myra Adonitis being much of a threat.

Another fellow had caught my eye and strode confidently over to join us. He introduced himself as Walter, but I didn’t catch his surname. From his accent, he was obviously German.

“Mind if I interrupt? I wouldn’t want to be a — what do you English say? — third wheel?”

He gave a hearty laugh and wink and extended a ruddy hand to shake. Ogland seemed strangely put out and slunk off to the other side of the room.

“I get that a lot,” Walter continued. “Anglo-German relations are challenging right now. Most find it easier to ignore foreign characters.”

Maybe his English wasn’t so good after all.

“You mean it doesn’t matter?”

“I mean what can we, as businessmen, do? The wheel of commerce must keep on turning.”

Nice guy. But I couldn’t disagree. I’ve got bills to pay too.

“I believe you came over on the S S Normandie?” he carried on. I was on the exact same boat earlier in October, from Southampton. See that rather sour-faced gentleman over there? He’s the Chief Radio Officer. I have no idea what he could be doing here.” He pointed towards a thin and scruffily dressed gentleman leaning angrily against the mantlepiece.

“He doesn’t seem too pleased about it, whatever it is.”

“I think he’s just not accustomed to village life. Me, I rather enjoy it. Tea, cake and bicycles. Nothing like exploring the countryside on two wheels.

That strange laugh and wink again. They must be putting something in the sherry.

Two elderly spinsters introduced themselves as Prudence and Honoria Stobbart, and an Agnes and Ambrose Hopper arrived late and bickering like the mismatched married couple they obviously were. The company was rounded out by Reverend Percy Offnam, who was trying his best to look pious despite being four glasses of sherry deep.

It was, in short, exactly how I imagined English society life to be: dull, dreary, and entirely unthreatening. If Sybil was right that her husband was in danger, it surely couldn’t be from any of these people?

My musings were interrupted by a stern throat clearing. The butlers tottering had brought him to the double doors, which he creaked open before announcing with unbridled contempt: “Ladies and Gentleman: Lord Herringford.”

Sybil hadn’t exactly been coy about the fact that her marriage wasn’t based on good looks and charm, but nothing had prepared me for the reality.

Lord Herringford was an enormous, purple-faced man, easily thirty stone. When he moved, it was only with the help of two shiny brass crutches with rubber tips than squeaked on the marble floor. Exertion left him panting and dripping with sweat. The other guests seemed entirely ill at ease in his presence, only daring to move as close as was necessary to make themselves heard.

I hadn’t seen Sybil for the entire voyage, and that didn’t seem like it was going to end any time soon. Even though the rambling house seemed full of visitors, Lady Herringford was still nowhere to be seen. I waited until everyone was occupied with small talk, then snuck off to explore the house.

I was just about to turn the handle to the study, when I heard raised voices from within. The Professor and Herringford were arguing.

“This is completely unacceptable! I travelled here with the express understanding that I could see the map piece. The Fund has given me the express authority…”

Herringford interrupted, his voice sly and deliberate. “Do I need to remind you whose name is on the fund?”

“The Herringford Historical Fund is an independent body. You have no right…”

“Of course, of course. But how would your bosses feel if I reduced my yearly contributions by, say ninety percent? I believe that WOULD be within my rights?”

A pointed cough came from behind me. It was the butler, who’d snuck up behind me quiet as a cat. I slunk away before I could hear Kiel’s reply. If the pirate treasure was anything to do with the business I’d got myself wrapped up in, I’d have to investigate later, when the household was asleep.

Dinner was served in the grand dining room, around the kind of table that even King Arthur would think was a bit much. There was enough silverware that I wondered if Herringford had found the privateer’s treasure after all and decided to use it to accompany bad soup and leathery beef.

Six places were set along each side of the table, with two more at each end for the Lord and Lady of the house. I imagined them always sitting like that, even when alone: Lord Herringford to pretend he was a real English gentleman, and Sybil to put as much space between herself and her husband as possible.

Herringford had already squeezed himself into the high-backed velvet covered chair, but the opposite place setting was empty.

Reverend Offnam piped up: “Your wife won’t be joining us? I hear she’s very charming.”

“Lady Herringford has had one of her turns. I doubt we’ll see her before Christmas Eve.”

Myra Adonitis turned as white as a sheet.

“But… surely you can’t be serious? That means we will be thirteen at dinner. It’s terrible bad luck.”

I head Professor Kiel snort with derision, but he restrained himself from commenting further.

There had been some consternation over the place settings. English dinner table manners are as complicated as my tax returns (of would be, if I ever earned enough to pay them).

No women adjacent to each other. Family members always on opposite sides of the table, the rules went on and on.

Herringford sat at the head of the table, flanked by the two Germans. I was stuck down the other end, next to the dour French Radio Officer I’d had pointed out to me earlier, and opposite an elderly latecomer named Edna Snoot who kept giving me the kind of lascivious looks that made me want to put on three more layers of clothes.

To my delight, Myra Adonitis had ended up next to Professor Kiel, who was doing his level best to pretend she didn’t exist.

The husband of the bickering couple was sat opposite the Reverend, shooting him the kind of glares that made it seem like he held him personally responsible for the marriage he’d got himself embroiled in.

Prudence Stobbart looked like the proverbial cat with the proverbial cream: she’d ended up slightly closer to Lord Herringford than her sister, a status boost which she clearly intended to milk for all it was worth.

Suddenly, from the opposite side of the table Myra Adonitis let out the kind of scream I reserve for when my rent is due:

“Ai! It is a message, a message from the beyond. I didn’t see it at first, but it is plain for those with the second sight. You are cursed, Lord Herringford. I told you it was fatal to have thirteen at dinner. These people who you have so thoughtlessly brought to this place, together will spell your demise.”

What was the message which scared the medium? 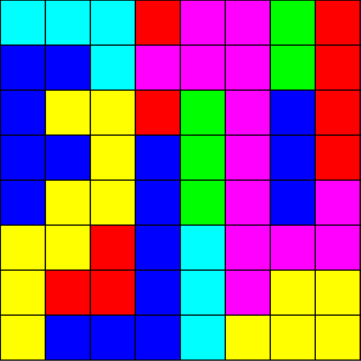